Having found ourselves in a stranger’s flat, drinking after a night in a club, a good friend and I had an experience that we still recall vividly.

She had been dancing with a guy who removed any fear or intimidation by immediately assuring her that he was gay. Once the club shut, he and his two pals invited her to join them back at his flat in the southside. With the promise of further alcohol, and unwilling to go home for the reasons explained in part one (linked to above, and password-protected until my friend approves its publication), she was enticed into a black hack with them – grabbing my hand and taking me with her.

We sat in this high-rise flat, drinking and chatting, laughing and ignoring the large number of insistent phonecalls that she kept getting. It transpired that her new gay chum was not, as such, gay. This was just the simplest way he had found to get someone to dance with him, in the dancefloor absence of his friends and knowing that the majority of girls would see such a request as an unwanted come-on.

We learned that he had been born a she, addressing his disaffection with the sexual organs of his birth by having his gender clinically reassigned. He was quite nonchalant with this information, given that we had only met an hour or two previously, but my friend and I are both open-minded enough to accept it at face value. Our background is also in art and theatre, creative industries known for their many “alternative lifestyles,” and we had happened to study alongside someone who had undergone the same transition – so very little shocks us in that regard. We are no Richard Littlejohns, sympathising yet simultaneously condemning, being supportive while instigating provisos. Personally, with regard to alternative lifestyles, I would suggest that the only truly “alternative” life-style is death.

I subscribe fully to the mantra posited by Bill Hicks, making his final point. He summed up perfectly how I feel about personal freedom, life choices, censorship, and the nature of offence.

Our host talked us through the physics, or perhaps the biology, of his new appendage. I forget the particulars now, although I think it involved removing skin from other areas and sculpting something which he had a say in the size and shape of. He had a girlfriend, who wasn’t around that evening, and she would assist him with the physical and literal pumping-up of said member, creating something that was rigid enough for her to get pleasure from.

The mechanics of it, explained quite fully and graphically at the time, are now hazy with the passing of time and the consumption of alcohol that night (and, indeed, morning.) I am certain that you can find out more about the procedure if you wish, the internet being a valuable resource for all manner of information and photographs (medical and otherwise.) He had had the operation done on the NHS, the surgery costing something in the region of sixty-four-thousand pounds. It may have been slightly more than that, but it would be too convenient in the context of sexuality to suggest that it had cost “sixty-nine” thousand, and so I have used the figure 64,000 for its appearance in popular culture. 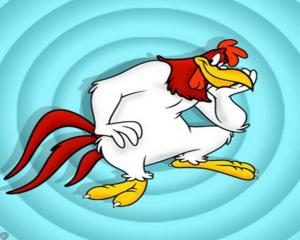 Above: A giant man-made cock

Having fully described the whys, wherefores, and workings of his amended genitalia, the next logical step was to enquire if we wanted to see it. I got the impression that it was a rhetorical question, and cannot now guarantee that he actually waited for my friend to answer in the affirmative before – in modern parlance – whipping it out. Being the only female in the room, perhaps he felt (or hoped) that it would hold some greater interest for her. Being male and thoroughly heterosexual, for me there was (to quote Chic Murray‘s comment about the far more mundane occurrence of a surgery door opening) no novelty to it.

And yet, there kind of was. Purely from a curiosity standpoint, of wondering what a £64,000 penis looked like. I was unlikely to ever get a second chance to glance such a thing and, while I would never have asked to see it, here it was being thrust into my line of sight. My friend was nearer than I, and she got the better look – my view was partially obscured, and I was not sufficiently interested to get out of my seat and walk over to examine it in any great detail. Even she resisted the invitation to grasp it. I will say this, though – from what little I saw of his sixty-four-grand penis (which was actually quite a lot, considering), he definitely got his money’s worth.

I have not seen that guy since, and am not even sure that I would recognise him again, but it was a memorable night and another unique bonding experience in what is one of my closest friendships. The very existence of this blog is due to events like this – situations which naturally progress and make perfect sense at the time, but of which hindsight sees only the absurd culmination and demands the question “how the fuck did that happen?”

Half the time I do not know, even when I remember precisely the steps involved, but it reassures me that at least I am not living an entirely boring life.

I lived in ten flats in the space of three years – where I define “living in” as “staying there at least a month or more, during which time I paid rent”. I do not recommend it, it was hellish, and the result of a quite unprecedented run of bad luck, bad decisions, bad flatmates, and owners selling up.

I took a room in Maryhill for a few months, a room too small for unpacking in, and more just a base from which to find somewhere else. I was living with two other guys, one a student from Ireland and the other owned the property as well as having a room in it. He was studying property development or something similar, and since this job entails being a reprehensible cunt he was getting some practice in. At the time, though, he seemed like a decent guy, and I have no doubt he mostly meant well. I left that flat after he impulsively bought another, realised he’d better sell the one he was in, and gave us ten days to get out. Maybe that’s not cuntish, but it was certainly inconsiderate and inconvenient. Here’s another example, and you can form your own opinion.

I had just gone to bed at 3am one night, when the front door opened and a few people came into the flat. There was a knock on my door, and I got up to answer it. Adam was standing there, and explained the situation – he had been at a nightclub, and outside in the taxi queue he’d met two girls. He had convinced them to come back to his flat where, he told them, he was having a party. The problem was, now they were here it was pretty fucking obvious there was no party. I was invited through to join them, as he confided that he really like the dark-haired one, and that I should “take the blonde.” I was naturally sceptical, but threw some clothes on and joined them in the living room.

The girls were good company, and remarkably good-humoured given the false pretences under which they’d been lured. We sat and drank for a couple of hours, the first and only time Adam and I socialised, and it became quickly apparent to everyone except him that 75% of the people in the room thought he was an idiot. The only part of the conversation I remember was his loud assertion that Oasis pissed all over Blur (in 2007, this was hardly relevant anyway), which the three of us disagreed with – Blur were far more musically diverse, for a start. He continued with further dull observations, while it came out that the dark-haired girl had been in a few theatre groups that I’d had a passing acquaintance with. So we spoke about that, and had a really good night despite the numpty in the corner.

Eventually, it came time for them to leave. They decided to phone a taxi, but Adam insisted on calling it for them. He took their mobile phone, dialled, and requested one, giving his address. After forty-five minutes or so, while looking at her phone, the girl he liked announced that the taxi was outside. They got up, and we walked them to the door. He tried to give each of them a goodnight kiss, but they were having none of it. I exchanged nice-to-meet-yous with them, and they left. Returning to the living room, Adam beckoned me to the window – where we watched them walk down the street and turn the corner, gone forever, and with no taxi in sight. He started laughing, and I was confused. So he explained.

He hadn’t phoned them a taxi, just gone through the motions and pretended. She’d obviously looked at the last number dialled, and – being already demonstrably smarter than him – deduced this, then claimed the taxi that they both knew wasn’t coming had arrived. I laughed too, big bellylaughs, at how casually and brilliantly she had played him at his own game. It was also funny that he’d thought his ruse would work. And that’s my abiding memory of Maryhill, that evening.

About a week later, I was in the living room with the door shut. Adam was down the hallway at his bedroom, having a conversation on the phone. I could hear it clearly, and that’s when it dawned on me that, when Adam had knocked my door and told me which one he fancied and which one I should “take”, they must have heard every word. Which makes it all the more incredible that they stayed as long as they did, unless you consider that they were just humouring him for their own amusement. Well played, girls, well played.