Except where necessary, I try to avoid name-dropping while writing these blogs.

The many dubious claims to fame are deliberately chosen for being precisely that – dubious. Some of them are extremely tenuous, and the majority could have happened to anybody were the circumstances right. As far as possible, I try to avoid mentioning things that have occurred while I have been working in a professional capacity. An oft-condemned trait in the theatre industry is the tendency for everyday stage crew members to brag online about having “worked with” some star name. Working alongside, in the vicinity of, or for, are not the same as working “with” someone. Especially not if it is a touring show which only played in your venue for one night.

That said, this entry is about a nonsensical piece of writing that I wish to give a wider audience, and so I feel able to freely name the actor involved. He could have remained anonymous, but as I am quoting his joke in full it is courteous to credit the source.

Many Glaswegians will be familiar with Dean Park, either from his regular radio shows or from his comic turns on stage, most recently in pantomime. I worked on three pantomimes that he was in, and each year the cast and crew all contributed to a “Secret Santa” as we were working together over the Christmas period. Everybody draws one name from a hat, and buys that person a gift – thus, in a company of thirty people, everyone buys and receives one gift. My recipient was to be Dean.

He was playing the dame, welcoming the audience with a string of jokes appropriate to the range of ages who typically attend such shows. He told them how he was so poor growing up that one year all he got for Christmas was a dooroo-dooroo. He explained that a dooroo-dooroo is when you take an empty toilet-roll tube, put one end to your lips, and proclaim through it “dooroo dooroo!”

My gift to him, then, was in part a homemade dooroo-dooroo. I decorated a toilet-roll tube with several colours of glitter paint, making the piece of cheap cardboard look undeservingly ornate, and I fabricated a history of the instrument which I printed and enclosed. Having recently found it again on my computer, I decided to reproduce it here:

The History Of The Dooroo-Dooroo

The Dooroo Dooroo, the inside of a lavvy roll tube which one to puts to ones lips and proclaims “dooroo dooroo”, seems to have first come to prominence in late Victorian Britain. It was at this time, in the late 1800s, that parlour games first became popular as evening entertainment. Alongside parlour magic, séances, ‘Blind Man’s Bluff’ and ‘Hide the Sausage’, it became common for the landed gentry to spend hours listening to popular tunes of the day reinterpreted through this cheap and cheerful instrument. One of the most noted professional Dooroodoorooers was one Roger Twatt, who transformed himself –through his talent – from London street urchin to Prime Minister in 1898.

Queen Victoria herself was a closet Dooroodoorooer, and loved nothing more than to stand by her beloved Prince Albert’s grave once a year playing solemn songs through a gold-plated Dooroo Dooroo (this was at one time part of the treasured Crown Jewels, kept in the Tower of London, but was eventually given to India as reparations after the British gave up their colonisation of that country).

The Dooroo Dooroo has gone from strength to strength over the years. It was used throughout both world wars to keep morale up and in the absence of a bugle it could be used for Reveille. Even during the Depression of the Thirties many families made use of hand-me-down Dooroo Dooroos to keep their spirits up. In the Fifties, it gave way to the electric guitar as the basis for popular music (having been used exclusively by The Count Basie Orchestra and The Glenn Miller Band until then). Its popularity was reinstated in the Sixties, however, and it continues to feature heavily in music to this day.

Over the years the Dooroo Dooroo has proved itself a versatile instrument. It has spanned musical genres, appearing in various popular songs, in the lyrics to further songs, and even had songs written about it. From Cab Calloway’s Minnie the Moocher (“hey de hey de hey de hey, ho de ho de ho de ho, dooroo dooroo” – the final line was edited from the version that appears in The Blues Brothers), to The Beatles Love Me Dooroo Dooroo. Its highest-profile appearance must surely be in the interminable Bryan Adams hit, from Robin Hood Prince of Thieves, “Everything I Do (I Dooroo Dooroo).”

Sinatra gave it credence when, in My Way, he sang “I did what I had to Dooroo Dooroo”, and even punk act Splodgenessabounds name-checked it in their classic anthem Two Pints Of Lager (And A Dooroo Dooroo Please).

As the new owner of this limited-edition Dooroo Dooroo, we hope it gives you many hours of pleasure and that you too can help carry on the tradition of this wonderful and under-rated instrument. 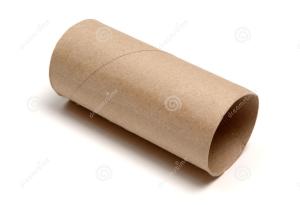 Karaoke – What A Carry-On.

My aversion to karaoke as a form of entertainment is such that, if I am in a pub and it becomes apparent that there will be karaoke, I leave. I am willing to accept most types of music as background noise to whatever conversation I may be having, but I refuse to accept the dominance that is afforded a procession of tuneless drunks.

There are a handful of exceptions – I’ve tolerated it at a few places-of-works’ nights out, a stag night, and – well, that’s it to the best of my memory. As a general rule, if there is no occasion and I am just out for a drink, I’ll go elsewhere.

I have been coerced into participating only twice in my life. This is, in part, due to my complete and very noticeable inability to sing. The other factors involved were alcohol (lots of it) and peer pressure.

The first occasion was in “My Father’s Moustache”, a pub in East Kilbride, where I then worked. I worked for the catalogue shop Index, and our entire staff (numbering about twenty or thirty) were in the pub for some reason or other, besides the obvious. The drinks were flowing freely, and it was the night that Darius was kicked off Pop Idol. I remember this clearly, because at the time I was being told on a regular basis that I looked like him.

As a succession of regulars crooned their ways through all the usual hits – Mustang Sally, Brown-Eyed Girl, Wonderwall, I’m Gonna Be (500 Miles), New York New York – our party got progressively drunker. We were loud, rowdy, good-humoured, and having great fun. Somehow, I got roped into going up.

My song of choice was “My Way” as sung by Sid Vicious. This was probably towards the end of the period I spent listening to Punk, and I recall that I was wearing my Slayer tour shirt that evening. My name was called, along with the observation “As a special treat, here comes Darius, straight off Pop Idol,” and I ventured forth amidst gentle laughter, to take the mic.

The punters would look to the screen as each singer stepped up, to see what song they would be assailed with, and so up came “My Way.” People went back to their conversations, absolutely not expecting the off-key and piss-taking intro to that version of Sinatra’s classic. You know that scene in the western film, when the guy walks into the bar and the music stops and the place falls silent? I achieved that. My “singing” of that verse, in that vocal manner, briefly shut up an entire pub.

As the song kicked in, and I sneered my way through the second verse as Vicious had done, I was joined on the stage area by a stranger who – judging from his age and enthusiasm – was part of the original musical and social movement that produced it. He grabbed a second mic from its stand, and tried to join in as the host took it from him and reprimanded him with the rules – one singer, one song. No backing vocalists. So, instead, he began vigorously pogoing around the floor, clapping his hands, headbanging, and trying to cajole everyone sitting near the front of the stage area into sharing his energy and appreciation.

That was the first time I ever attempted karaoke, and I still remember it vividly eleven years later.

The second time, it was an aftershow party in very early 2008. I had been working on a pantomime, and all of the cast, crew, and ushers were enjoying private use of a hired nightclub. There was karaoke, and by about half-two in the morning I was drunk enough to agree to a pal’s suggestion to participate.

As one of the cast belted through his own unique, and trademark, rendition of The Sweet’s “Ballroom Blitz” (“Balls and Tits!” he cried gleefully), we decided upon the song for us. The obvious selection was Falco’s “Amadeus” – renowned, fondly remembered, and suitably ridiculous. Up it came on the screen.

Revealing himself to be surprisingly astute, given his aptitude at work, my friend immediately spotted the flaw in our plan and helpfully announced “Fucksakeman, it’s aw in German.”

It was, indeed, in German. We hadn’t thought beyond the famous chorus.

I rapidly descended into drunkenly listing all of the German words I could think of, rather than attempting to read aloud those on-screen. For a start, I’ve never studied the language, and I wasn’t helped by how fast Falco was rattling through lyrics I was struggling to comprehend let alone pronounce.

In hindsight, it’s unfortunate that most of my German comes from war films, Spike Milligan sketches (“Schweinhund!”), and five years of schooling in the achievements and failures of Bismarck, the unification of Germany, the first world war, and Hitler’s rise to power. It is probably just as well that it was a private party, I think in a pub I would have achieved silence a second time…

There are no plans for a third attempt.